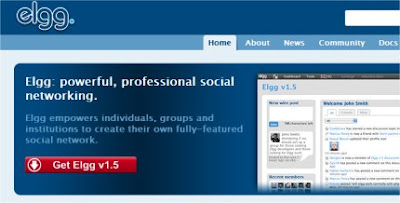 Yep, i've used Elgg social network software on 2 experiments, one live, another offline, both times, with versions 1.1, 1.2 and the new version 1.5, both times the software was lacking for my own needs as well as my users (i'll explain the good things and bad things bellow), most of all it seems to be a software directed to a specific view of what a social network software should be, more than being an all round software... more times than none, it mimics in some way the features found in facebook and/or myspace, instead of giving what i would think that small to midsize social networks need. Also i dont think most of the things Elgg lacks are core features, no but they are plugins that should have been developed by the creators and not users, since i totally agree with they'r notion of a plaform core + plugins for functions, one of the things i was most impressed with Elgg.

This is a combined List from 1.1 to 1.5 (i know some things were improved and are now much better on 1.5, but in my view are still not ideal):

Not so Awesome Features
The results of using Elgg even with 1.5 is very little user engagement, even with high traffic flowing to the site, most users would register and then leave and never come back, mostly cause they dont have a central place (forum, video or picture galeries....) to find friends on the site (unlike facebook where you bring friends from the outside), while the same site now with SMF with very little extra functions (embeding and picture posting enabled) has in a very short time become a very active main forum with 4 times more page views and several times more engagement and time on site.

Also their upcoming Elgg hosted solution doesnt give me much confidence, more on their communication with the community than on the platform, we will see, if they do improve, i'm sure i'll change my mind, still awesome platform, poor functions ^_^
Social Network Software Elgg Review