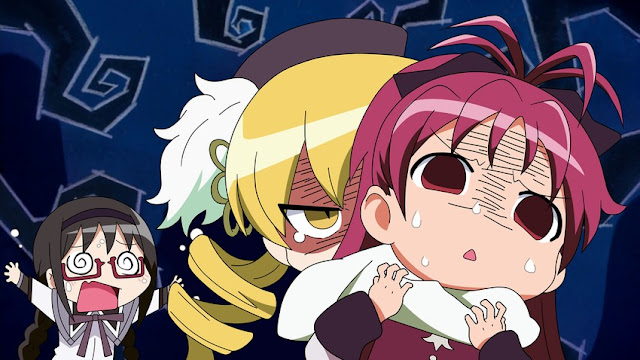 Ok, I admit it! I use Blogger, actually i use it on 2 of my sites (this site! and on ecchi), the reason for that is mostly legacy, that and they are 2 fanboyish sites, where i randomly post random stuff, so there is no big need for more control or whatnot, they exist mostly as scraps and places to vent, after all thats why sites like Blogger, Tumblr or Wordpress.com exist, to make it easy as pie to publish content, or so it would seem.

So why am im not enjoying the new Blogger? its a much needed refresh after mostly years of neglect! True, and change in my view is mostly always a good thing, but this new blogger feels and seems like change for the sake of change, like when Adoble launches a new product line or Firefox launches a new version (both have a tendency to instead of improving the old to push the new), so what are my gripes? 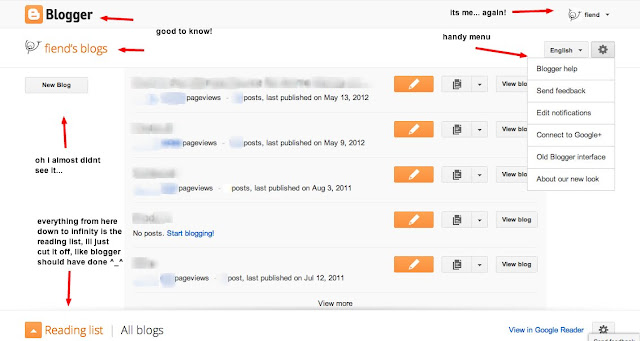 Clearly the new dashboard is a remake of the old one, thats fine with me, also there are some good things about it, showing some micro stats and some quick links (although those were also on the old layout), thats good! if you have 2 blogs, but if you have 20, its pretty shitty! the whole design, is so wide and white that you are lost in it, it takes so much room that only 5 blogs appear.

Also the new dashboard is incredibly slow, everything takes a couple more than it should, Google sees html as slow, AJAX is the way of the future, everything updates itself, its all seamless and awesome!!! well No! Not really, the whole thing is a mess, its like when you click on a link on a html site you feel the microseconds to jump to the next page, its like a snap feeling (page refreshes to show a new page), here you have the slow drag feeling, the page doesn't refresh but it loads... eventually.

Also whoever designed this was high on orange and on wasting space, from the top down, first grey bar you have the blogger logo and on the other side my nickname and some links to edit my profile or google account... great use of space, especially on 2 features that... humm everyone uses all the time?

Second bar you have my nickname again and the title! my blogs! oh how sweetly irrelevant, on the other side of the bar you get 2 drop-downs, one for language (something i like to see all the time and change constantly to keep myself fresh) and options, of course all of these options are absolutely positively super duper handy! Here they are:
Then you get the blogs displayed, of course to create a new blog, you just click the button "New Blog" you cant miss it, cause that tiny button is taking a 1\3 column on the left side, I also like the responsive design tweaks, but just if you have 1024px or lower screen, if you go higher you just get extra empty space... how responsive of you.

They also decided to continue including the reading pane (basically a poor man's google reader), who uses this? Let me think of a time i needed to get into my blogging software to read other peoples shit? hummm suffice to say its not practical, its not nice, its basically throwing random feeds at you. Ohh and of course it takes half the screen and there is no way of minimising or closing it, you just have to try and use a bit of imagination, and think of a blogger dashboard without that oversized rss widget!

The new dashboard also hangs/goes into a infinite loop if you try to login forcing https, yeah, who wants encrypted logins... what do you have to hide, blogger guy! no one reads your cat blog anyways! 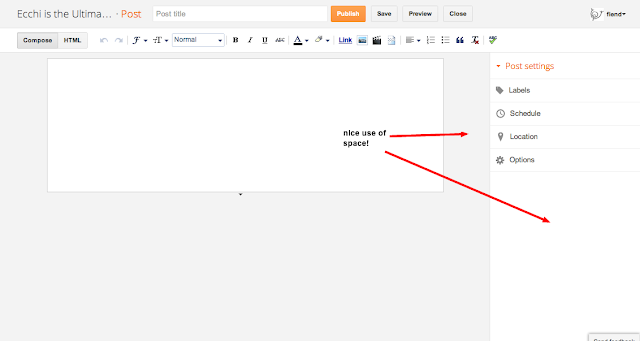 Did i say the dashboard was slow? sorry i mean everything is slow, its slow in firefox, safari and even google's chrome, its slow by design, if you concentrate and listen... listen really well... you can actually hear the screams of javascript dying, thats how slow, unresponsive and obnoxious it is!

But when it eventually loads something, you are greeted with even more white and orange, its like writing in a Sunnny D comercial, its so refreshing that im actually becoming orange blind. 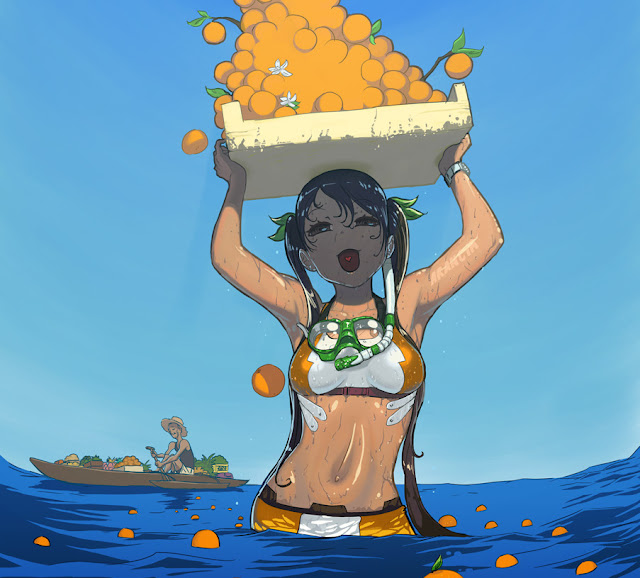 Here however there is a somewhat better use of the white space, but still their "responsive design" leaves a lot to be desired, their sidebar on the left side only minimizes if your screen is small, if its large its always open, no choice, also on the "Compose" side of things you have a tiny tiny box to write, while on the "HTML" you have a large box, and going back and forth actually loses formatting (a space written on html is not translated into compose, you literally have to put the html tag for space or paragraph), thats just silly, the HTML part on a editor is not really to edit html its to tweak the code of a post...

Also your infinite image posting options, not that its a bad thing, i prefer more than too few, its just a bit confusing, like you dont know if you are posting images on Picasa or Blogger (or is that gone?) from Picasa or from Google+ or from your webcam, where do those go? into Picasa or Google+, i dont know... maybe i shouldn't touch it more! 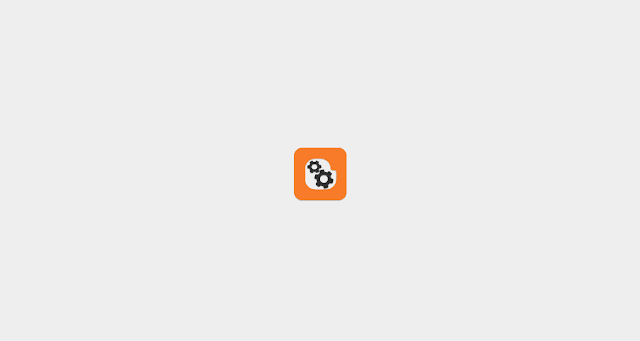 Who had this great ideia? Hummm? I bet it was the same guy that designed the new blogger, he just went nuts on a power-trip, the new themes are simply not good, they break a lot of function and usability for the sake of fancy effects, blogs are to be read and enjoyed, not to be wowed by fancy sliding effects, although nice, they add little to nothing for the reader/visitor, it actually makes it worst.
We all know Google quit the "Dont be evil" some time ago, and although i still use some Google products i cant say i trust them all that much, for sure me, like most of you will stay very clear from things like Google+ and Google Drive, as i would never sign up my cat to Google+ , if not the subpar facebook clone, the risk of his account getting banned and all his cute kitty pictures being lost forever... NOOOOO!

But when did Google stop making clean, simple and fast designs? Google Search is as bloated as ever, sometimes i have difficulty searching cause im writing something and instant is firing off and pages are loading and i realise that i cant even concentrate on what i was searching (and yes i know you can disable it, but how many times have i disabled instant or safe filter to have them show back on later on, even when im logged in!), what happen to the mili-second clean pages of search? what happen to clean, simple UI's and focused design on one thing that does one job awesomely well!

Well, yeah the new updated Blogger sucks, its slow, buggier, way more complicated than it should be, not that user-friendly and overall a disappointment, and most likely when this new blogger turns into the official one, ill have to pack my bags and move over to tumblr, apparently the only sensible offering on the market today.

Note: Why no Wordpress.com?, well I also have some minor issues with wordpress.com since they seem in comparison with blogger and tumblr, the ones that offer less options and flexibility, ohh and worst! they are way more picky about the kind of content they let you publish (the 2 blogs i had there were "suspended" at one point or another), yes i know its their choice and platform, and yes they eventually un-suspended me, but that just makes me stay away.

Note 2: As I wrote this post on Gmail and copy pasted to Blogger, im sure Google tracked that action down, later today some Google manager will look at that log and think ... humm this should be on the next Gmail build! so just after the Gmail+, Google will launch the brand new Gmailer+ hey and its a success already, from day 1 it has a bazzilion users! Blogging right from your Google+ i mean Gmail, ahhh you know what that means! Humm now that i think about it... at least it would be a better Blogger!
Blogger Changes for Worst