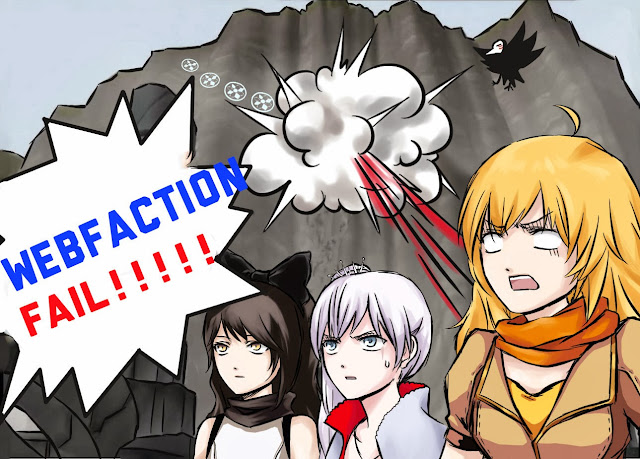 So I was a user of Webfaction hosting for a year, and nooo don't take my dramatic image that Webfaction sucks! Hehehe it just sucked a little but it failed quite a bit, lets start from top shall we.

Webfaction is a shared hosting provider, it kinda sits between traditional shared hosting and running a VPS/Cloud/Dedicated hosting, its basically shared hosting with the basics plus lots of the resources and freedom of having control of most of your account, sounds great? Yeah i thought so too!

After some issues with some of my hosting i decided about a year ago to keep a part of my sites on  dedicated and some on shared hosting, so Webfaction looked like my perfect choice for a shared hosting provider (my end goal was 3 Webfaction accounts), still before singing up with I sent a e-mail with some questions, one of those was regarding the PHP and if that would run from the memory on the server or if it was included since their site doesn't state that clearly, i was told that i wouldn't need to worry about PHP since that was part of their setup and thus outside of my personal memory, only if i installed my own apps would i use up that memory, great!

So moving some of my sites over i had to get used to their control panel and system, that has some particulars compared with other shared hosting, but nothing too complicated and in some sense pretty cool, like the ability to run folders with just Nginx for example (bypassing the heaving Apache), still it took a while to move things over (about 8 sites, with 10GB of data, 5 MySql databases), performance wise it wasn't all that good, i had some downtime (3 times at least) and weird issues like blazing speed one moment and crawling and timing out the next, after some back and forth with support (that although reasonably fast they are very bland with replies and tend to not give details on issues) and about 3 months in and more talking with support the server was moved to Cloudlinux and that would fix the issues.

And yes it helped, kinda, now i wasn't getting those server wide glitches but started getting out of memory issues, were support sometimes telling me its my fault and other times telling me it isn't a issue and shrugging it off, and that was my normal operation with Webfaction for another couple of months, with my sites going down all in a row, i had 8 sites on Webfaction, because i never had outstanding hosting, I moved the only important site out, but still the performance wasn't improving, 2 of the sites were placeholders and the rest were smallish static or wordpress site, the total traffic per month was like 5GB to 10GB and around 1000 visit per month for the combined sites, my contacts with support always started with me asking what was the issue and they say that PHP was running and had to be terminated and me replying that i was told PHP wasn't a issue and i don't understand why PHP is running out of memory if i barely have visitors, and finally shrugs or promises that it would magically get fixed.

This kept going on, at one point support wasn't even able to determine what was the PHP file that brought the site down (apparently support doesn't have access to logs or Webfaction doesn't make any logs of these issues), but since it wasn't always the same domain even i was unsure, suffice to say it was a pretty miserable experience, so after 7 months in, i quit Webfaction and moved everything over to another one of my VPS (and yes the performance has been fantastic and PHP runs like a dream), i paid yearly so my fault there, so here is a resume of what i think are the strong and weak points of Webfaction hosting.

So to summarize, Webfaction likes to compare itself as a superior VPS, but it really isn't! a quality VPS is unfortunately superior (at least in availability of resources), even a smaller one, the now 512Mb of RAM on Webfaction isnt superior to a equivalent VPS, were you can run a LAMP (+Nginx) stack with 150Mb of RAM and plenty of space to run PHP and anything you want smootlhy, its just a bit more work to setup hehehe, i would say if you have just a couple of sites and you want a good shared hosting with more freedom than the average Shared Host than Webfaction is a nice choice and like Webfaction likes to say hosting for developers (so expect issues?!?), but if you want to run critical software or if you need your sites to run smoothly, then Webfaction is unfortunately not the best choice.
Webfaction Hosting Review